John E. Crutchfield III, better known as Jack (Jackie to his closest friends), began his professional career as a Photographer. His love for the craft of film photography allowed him to be passionate about each shot with particular attention being paid to the knowledge of the gift of lighting. After a few years shooting for branding, imagery and the like, he decided he could do much more for clients. In 1985, Jack founded Crutchfield Advertising as a full-service advertising agency. Crutchfield Advertising was built with the sheer determination of providing the best quality service to every client at an economical cost. From the very beginning, Jack’s idea of his business success was to be personable and direct with what he felt would work and what wouldn’t work for each client.

Over the years Jack had great staff walk through his doors. In 2005 he offered a position to Bernadette Trinidad. She had over 20 years of advertising industry experience. She worked hard to keep the company operating smoothly on every level, eventually earning her the position of Managing Partner. In January 2010, Bernadette’s hard work and dedication to the agency paid off. Jack passed the torch of President and CEO of Crutchfield Advertising to Bernadette. He believed her passion for the advertising industry as a whole would bring the agency to a higher level in the 21st Century digital age.

After battling an illness over the course of several years, Jack passed away in April 2010. Today, Crutchfield Advertising continues to be a high quality agency, with the long-term investment of pushing out great ideas and developing brand images to position each product or service as “the” first thought in its respective market. 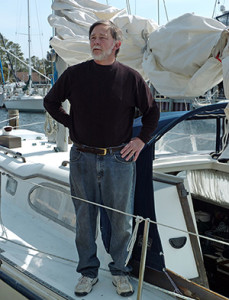